Song For Bill Of The Trains​/​Dexamphetamine Blues 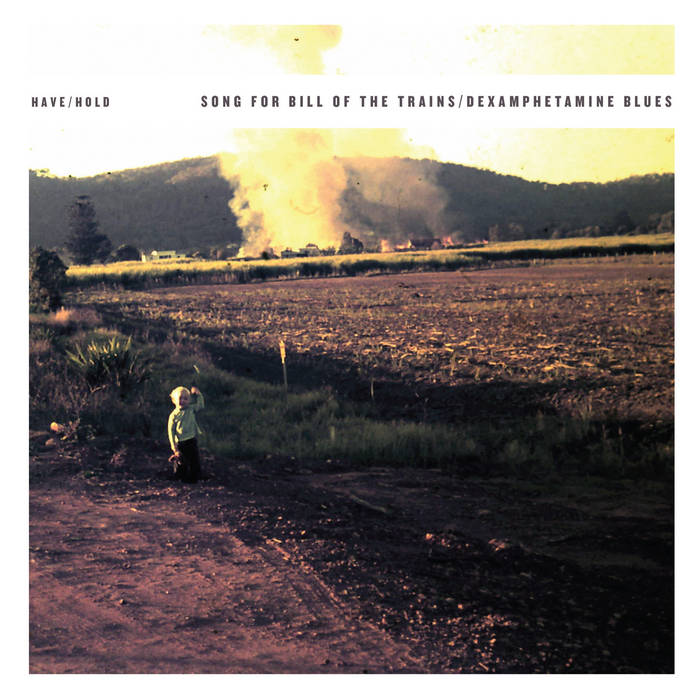 Track Name: Song For Bill Of The Trains
Hope this finds you forever in an
Old black car, you feel overrated.
Oh his timing and stained glass eyes.
This is overrated.

Oh it's frightening and outsides freezing,
A mother's crying and all you'll find
Is this is complicated.

Landfill will open up...

Hold him down, his fists will crack
And maybe every body wanted to take it back.
Under the beaming light of needle tracks
We're sitting silently beside the choir singing...

All this screaming and violence.
Try this and last forever.

I don't believe it,
The sky seems to open up.

What if everybody left
And the sky was getting red
And the missile systems died
And the arrows crack the sky
And at least we had a bed
And at at least we had a home
And at least we had a prayer.
We are free to call it over and out.
Track Name: Dexamphetamine Blues
We were tracing out lines on our palms
On the balcony at Elgin St.
She said “Never look back, you’ll be wrong
If you ever leave your bed this week.”
Not as quick as I have ever moved from the backlit room
I rose above my feet.
Took the floor.
She went home.

It was never that bad that I wanted
A signal flare to get out of there.
There are junkies in baths soaking long.
Never breathe again, send me out of my head.
And the neon street lights at the window
Are noir as all the Bogart I have been
Searching for
Ever long,

In a Fedora.
With Ray Bans and a smoke.
Looking longingly
For Casablanca
Play it over…

She needs the sting
Of a lighthouse light to get home tonight.
She is feeling through time like a fog
For the barges of summer demigods
But it never works out like she wants
It collapses in a heap like all the leaves
At our
Front door.

I want no more
Than to sink in this shredded cheek, foam bliss.
She is singing out like she is cold
But the sweat, it drips from her closed eyelids.
And he wants nothing more than to hold her close
But he holds me closer. We
Figure out our way home.
And we all worry so.

Bandcamp Daily  your guide to the world of Bandcamp